How many types of supernaturals inhabit the Being Human world?  I suppose it all depends on how you count them – and how you number them – but we’ve found more in every series.

Series one brought us our introduction to vampires and werewolves and ghosts and started to set out the rules of their worlds.  It was all so simple back then – and until Annie refused to go through her door it all went pretty much to the blueprints.

Series two brought us CenSSA and the categorisation that we could assume that was invented by Kemp, or maybe Professor Lucy Jaggat.  (Unless Mr Rook had already made his mark.)

But series two also bought us the first new type of supernatural – Saul.  No category and presumably unknown to Kemp and his band of merry bible boys. 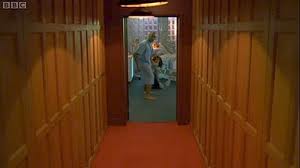 What exactly was Saul?  He wasn’t technically human, not any more anyway – he died in a car crash. (Twice if you want to be pedantic).  He’d seen the men with sticks and the men with ropes that only the dead see as he confided to Annie and he also saw Terry Wogan talking to him through the television.  As you do.  It seems he was brought back from beyond by the PTB (gatekeepers perhaps or the MWSaMWR) in order to sort out Annie who, as a ghost, was proving troublesome.  After some hysterical laughter and an ill advised lunge Saul came good in the end when he let Annie go and was dragged down a corridor to what I have to assume was some rather nasty retribution.  Annie was also punished – her new-found squishy visibility was summarily removed.

We also met Hennessey the psychic – probably not deserving of his own number as he was still human.  And let’s not forget the best moustache in Being Human (to date) attached to stage psychic Alan Cortez.  The worst moustache award goes unanimously to Hal in 1855 and even if it had been on straight he’d still have walked it!

The potential was also there for yet another type when Annie nipped out of purgatory at the end of the series to drag Kemp back through with her – a living human on the other side.  An interesting conundrum which it would have been intriguing to explore. 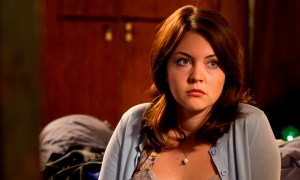 After arriving among the seaside delights of Barry Island Mitchell eschewed building sandcastles and riding the Evolution at the Pleasure Park in favour of retrieving Annie.  That led us to Lia – and more questions.  What is she?  Dead, yes.  Formally human, yes.  But whatever she said I still believe there was way more to Lia than a tantrum about being munched on the train.  She had more power than that.  She could manipulate events, guide Mitchell through his doors and release Annie (with a new hairdo and top) when she was ready.  She could even put poetry – not great poetry admittedly – in the mouths of corpses. 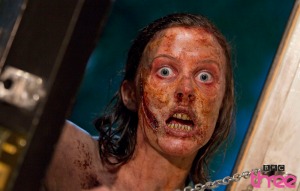 Our official new type – type four – appeared a little later in the leaking, malodorous form of Sasha the zombie.  Not the traditional brain eating zombie though, Sasha should have gone through her door as usual except that Mitchell was in the way.  While he was busy with purgatory, Lia and Annie the door from Barry Hospital was unavailable so her body was left on the wrong side to rot.  And oh boy, how she rotted!  Eventually the decay became too much to animate and her door popped up – just as it should have done in the first place.  Took a while though – they’ll never get that sofa clean.  Or the pillows. 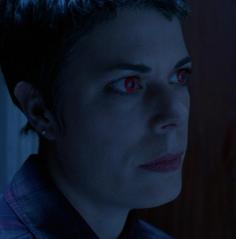 We got to series four before the next supernatural type appeared – unless you remember one I’ve forgotten!  Yvonne turned up at Honolulu Heights with Adam in tow.  In something anyway – lust, trouble, a very big hole, take your pick.  She provided some curious shenanigans exploring Tom and Hal’s deepest darkest fantasies.  (A barrister missus and a Hammer House of Horror nightie in case you’d forgotten.)  Yvonne of course was not all she seemed.  Under those sensible togs beat the heart of a succubus – type five, perhaps?  And type six as well as a succubus is the child of a human and a demon.  So now we know that there are demons in the Being Human world.  Yvonne’s father was beautiful and cruel and that’s all we know about them so far.  Can we see more please?!

There are also a couple of unusual ghosts – I don’t think Kirby or Eve are a new type but they are different.  Kirby returns to make some rather nasty mischief and Eve has herself killed in the future to return to her past to get herself killed to ensure she never really exists – or something along those lines!

Will we get a new type in series five?  Experience suggests that we will although maybe not deliberately labelled but something so far unknown, or an initially familiar being who turns out not to fit the rules.  I still want to see who holds the power behind the door – the gatekeepers and the MWSaMWR with their black feathered wings. 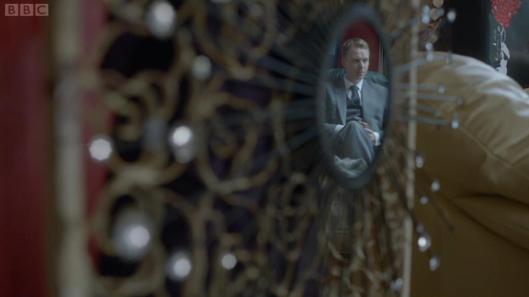 But I can’t leave series four without a look at Mr Rook.  Lined up to be a series five regular but no idea yet if he and whoever else is in his merry flock are actually supernatural. He isn’t a vampire, unless he’s one who reflects in mirrors.  Maybe he’s another psychic human – he certainly knew that Alex and Hal were in that cellar when Alex’s body was spirited away.  Could he actually see them?  I’m still not sure – maybe, maybe not.  If he could then he is very practised at hiding it.  He also seems to be exceedingly persuasive – a good collection of mobile phones acquired from witnesses to Cutler’s failed plan attests to that.  The complete lack of evidence, the scale of the cover up, hints at a level of influence that is way beyond any we’ve seen before.  Mind you, the clipboards only list types one to three, plus type zero which I’m guessing is human.  Or do they not care much about the others?

Is there a clue in the name?  Rooks are part of the corvidae family – probably the cleverest of birds.  While they are extremely sociable they are known to aggressively defend their own nest.

And of course the collective noun for rooks is a parliament…

Type four.  I loved Sasha!  Except maybe that bit with the toenail… and the trophy… 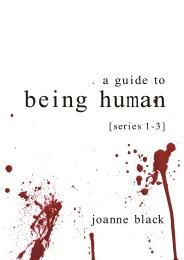 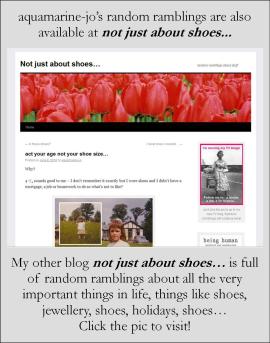