This week’s self supporting story sees the return of Adam. You remember Adam. Spotty, frustrated, greasy, frustrated – well, wouldn’t you be if you’d been 16 for 31 years?

“We did the foxtrot naked. And that’s not even a euphemism.”

First a confession.  I didn’t like Adam in series three.  I don’t deny that the very talented Craig Roberts did a great job of playing him and he had some cracking lines but I just didn’t get him.  I warmed a little more to him this time, as Annie did, and if this is the last we see of the little twat I’ll miss him.

Adam was always interesting in that he was a vampire who hadn’t killed.  You could argue that he killed his parents slowly, by degrees, but he has never killed when feeding.  There’s nothing to suggest here that he has changed that situation so he’s probably the first vampire we’ve seen who hasn’t taken a life.  Or had a sex life!

“There is a staircase in that hallway and on that staircase will be a naughty-step. Do I make myself clear?”

The contrast between Adam and Yvonne was marked – an oily foul-mouthed oik and a buttoned up, old-fashioned, rather proper headmistress but somehow…   maybe they were not so different.  Both of them were lonely, any potential partners doomed, they were not safe around humans and would never entirely fit in.  They both want to be loved and needed.  Yvonne’s succubus spell takes away Adams bloodlust and she can’t kill him as he’s already dead.  In a very sweet moment they realise that despite all they really do care, they really are in love.  Off they trot, hand in hand, a happy ending.  But is it happy ever after?  Yvonne will age and Adam will not, maybe they’ll be happy and maybe they won’t, who knows, but I rather hope they do work it out. 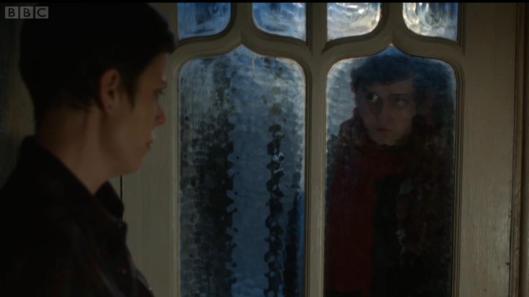 “I wooed her with a thousand tulips”

When the charm of the succubus hits them Tom woos with Yvonne with old-fashioned manners that don’t quite work, and a recitation of his best kills – oh, and the offer of flowers as all pretty girls like flowers. Hal goes for those classic stand-bys of Keats and the memory of a conquest made with the aid of a thousand tulips. Adam tops it all with a filthy limerick (now come on – you don’t need me to tell you the rest do you?!) and some rather graphic expressions of ‘desire’ and if this is the winner then it really has to be love!

Tom’s dreams harked back to his desire to be a part if a real family – with a barrister!  Or maybe to a slightly more primal urge – although he yearns for romance there is a slightly more pressing necessity, an encumbrance he wants to dispose off. (Too subtle?)

Hal’s dreams are more curious – just what did Yvonne key into? How much is Hal and how much is her?  Apart from anything else he seems to sleeping in Herrick’s bed and who knows what dreams that might bring!  He seems to go for the classic Hammer horror look – all red lippie, flowing locks and white nightie – and there is his real desire, usually smothered under the weight of his routines and distractions, a lust to be powerful again. Succubus Yvonne tells him to kill the baby – or does she?  I think that somewhere in Hal’s mind, deep down, that wish, that need to be rid of the baby is all his.  A species memory maybe but it’s there.  He’s fighting it but he’s being tempted and maybe the burn is less of misdirection than I first thought.

Nice Watch with Mother reference from Cutler and that makes me wonder again just how old he is.  He has a whiff of the 1980s about him to me and if he’s, what, early twenties, recruited in the 1980s then he would certainly have remembered Trumpton!  (I do…)  I have a growing suspicion he may have been made by Hal – it’s an interesting thought – but that means he must be older, made before 1955 at the latest.  Hmmm… I wonder.

We see him dragging a body into the woods, it looks hard work, did he not think to bring a trolley?  Or pop it in a large wheeled suitcase?  The mutilation of the body is intriguing – using a rake to imitate claw marks.  It’s hard to work out if he’s repulsed or excited by what he’s doing, and that makes his performance all the more interesting.  It was a full moon last night – perfect timing to plant a clawed cadaver.  And not a bad excuse for a light munch first!

Pete the journalist is on a bit of a mission…  His mother was killed by vampires when he was 12 and he’s spent years looking for evidence, trying to find proof – and presumably revenge.  Just like Kemp and we all know where that ended.  He confronts Cutler in his office and is totally wrong footed when Cutler tells him he’s right.  Andrew Gower’s face as he listens to Pete’s tales and plans his responses is brilliant – he really is a find and one of the stand out performances in a strong cast.  He tells Pete about werewolves, peddling the “some vampires are jolly good chaps” line to his evident disbelief and arranges a rendezvous to check what he has dug up.

Pete has a plan.  In his hotel room he invites a lingering Cutler inside (just checking!) and then reveals a cross on the inside of the door.  He’s trapped.  But Cutler has a plan too and he’s clever, way more devious than poor old Pete can dream of being.  I suspect Cutler lingered in the corridor, not needing to be invited in but wanting Pete to know what he is, he over-played the fear of the cross to get close, to make Pete relax.  To make him vulnerable.  He doesn’t need a rogue reporter out there muddying the waters.  This way he gets the research, a clear run and another savaged body to blame on the werewolves.  Now he can upload his footage of George and Tom transforming for the world to see.  And so it begins.

Hal has another theory – he and Annie are too late to get to Pete, or have their work done for them depending on how you saw their plans.  Silenced a bit?  That’s like being a little bit pregnant or a bit dead.  Hal remembers being trapped way back when in a monastery, imprisoned by crosses and he finally escaped by killing a monk and using his body as a shield.  (A red one?)  He thinks whoever killed Pete had heard the stories, maybe knows him.  Now that’s something to ponder… 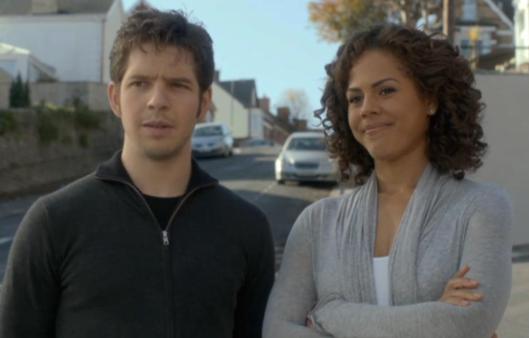 We don’t see that much of Tom this week and Eve is definitely on the back burner (wishful thinking!),  Although it’s good to see that someone has been to Hobbycraft and bought some pink glitter stickers and mini-angels to decorate the over-cot crosses!  It’s intriguing to watch Hal and Annie becoming a team.  Slowly but naturally they are drifting towards each other, dealing with things, working things out together.  They wave Yvonne and Adam off side by side. Tom is – sensibly – hiding but he is almost the child to their parental role, never mind baby Eve they also have a baby werewolf to humanise! Are there hints there of what Eve could have become if she been on the run with George and Nina?

It’s Hal that Annie makes a confession to – she’s killed three times now (Kemp, Cooper and Kirby – as well as sending Owen mad( and she liked it.  She wants to do it again.  Will it be Hal who pulls Annie back instead of the other way round?  Annie’s protective, motherly role in this upside went further than Eve’s feeds ad laundry and it’s down to her to talk to Yvonne.  Telling her the hard truth about what she is was very well done by Lenora Crichlow and Yvonne’s disbelief and then her desolation at realised she may not even have a soul was lifted by Annie losing the ability to say “sex” out loud!  Unlike series three when she scolded Mitchell for his stream of ‘we did…” and “y’knows” about Lucy.  She also set Adam straight after she swaddled him out of the house – which was inspired!  She’s become a bit of a wise woman has our ditzy Annie and I hope she carries on with this growth – I suspect she has Things To Do before the series ends.

In the famous last words department – Hal says it all:

“I really can control myself”

Of course you can dear…

Am I the only one who thought “a thousand tulips? How wonderful” and then started to work out if I had enough vases…

The photo on Cutler’s office wall – is that him?  Can’t quite see… 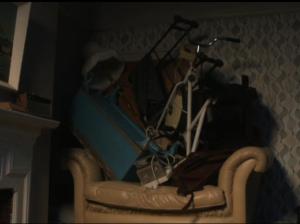 Old Ones are not affected by crosses? Just crosses or all religious paraphernalia? And how does that work anyway?  One day they sting and the next you’re immune? Or is there a special badge you have to wear?

Please tell me there is still someone who believes Tom is building a remote-controlled swimming pool in the back garden?!

If I ask nicely can we see the streets running with blood? Please? 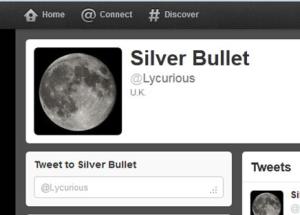 I’ve suspected all along but now we know that Cutler is @Lycurious on Twitter, his YouTube account is in the same name.  I’m off to Twitter to poke him with a sharp stick – metaphorically speaking!  It’s all part of the game so play along!  I’m using the hashtags #vampireslie and #donottrustthevampires – let’s see what he’s made of!

Anyone who knows me will be unsurprised that I rather like Cutler – so long, of course, that he really is the clever, devious, evil vampire he seems to be. (Son of Herrick? WAY too much to hope.)  However this week I had a minor wobble – what if he really is the nice friendly vampire living a normal life, just wanting to be left alone and this is his way of doing that?

For Cutler (and for all those of us of a certain age) a quick glimpse of the wonderful Trumpton Fire Men!